You may possibly remember me showing you a fat pink bud from my camellia? in a vase? No? oh do please pay attention. 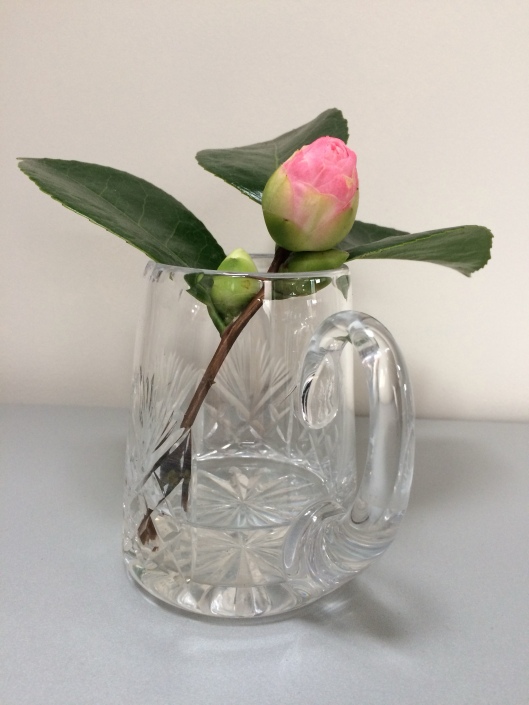 I should love to be able to tell you that the bud has opened to reveal its white centre. Alas not. After two weeks the bud had fattened up, then almost over night it just gave up and browned on the edges. Disappointing.

Outside however, despite the onslaught of the Beast from the east and incessant rain, this has revealed itself: 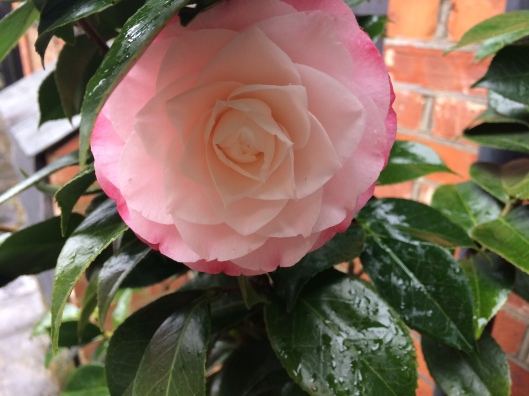 Somehow the pink buds have begun to open revealing this, a white flower, blushing. 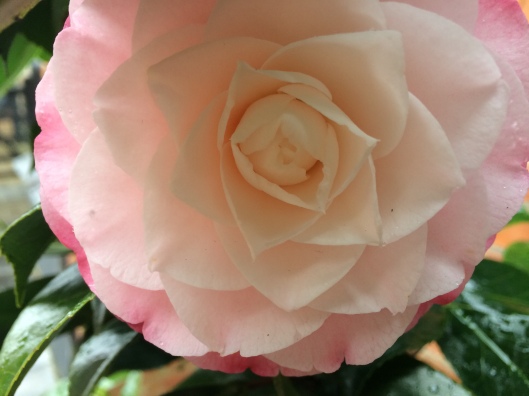 Happy Easter to you, wherever you may be. D. 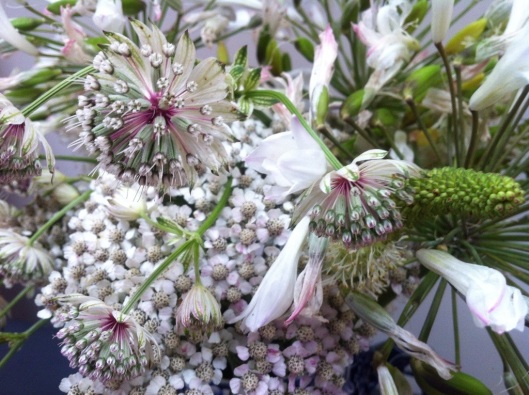 White then, rather late today I share my vase with you and join Cathy with her meme of garden flowers cut for the vase at https://ramblinginthegarden.wordpress.com/2015/09/07/in-a-vase-on-Monday-feeling-flush

I selected far from perfect blooms for my vase, shades of white which are slightly going over. The rain last week seemed incessant and it took its toll on the agapanthus. The poor blooms ended up barely above ground, heads down, weighted with rain, forward in a downward dog kind of way; graceful, calm, yogic .

To enjoy and salvage what I can, I collected three blooms. At just over 15cm across they did not leave much space in the vase. 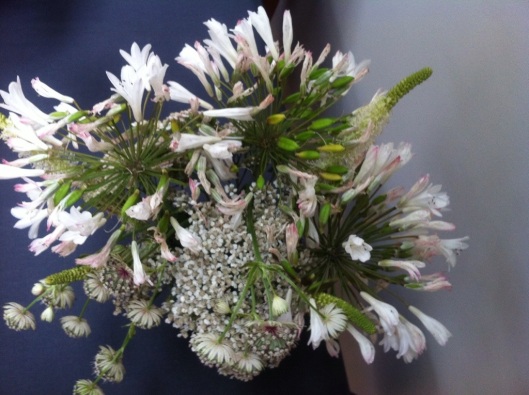 I added shades of white from some Astrantia. Astrantia might seem , at first glance to be white and yet at close quarters are rather green with dark burgundy centres.
The achillea is an unknown variety donated from my sisters garden. Again it appears white but on closer inspection is rather green. It has that distinctive scent which I find rather unpleasant but the insects adore it.
Lastly I added some spikes of sanguisorba which I have not cut before so I am interested to see how it fares in water. 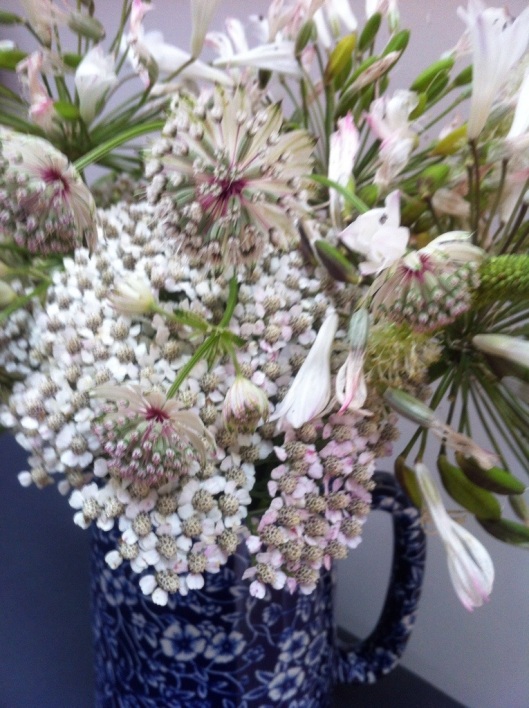 The blue and white jug I have used before and I like how this bunch picks out the white in the pattern.
So there you have it folks a vase for Monday, enjoy your week. 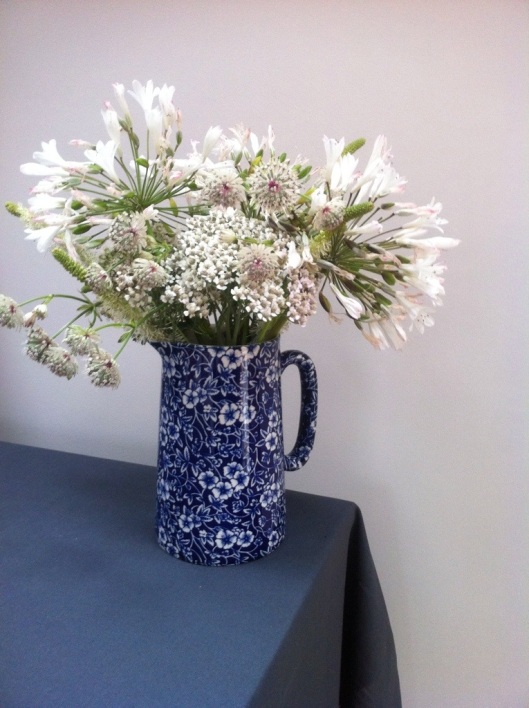 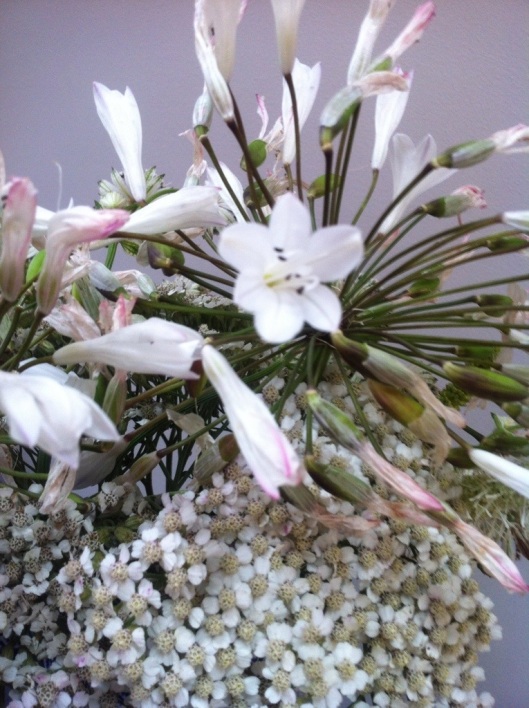 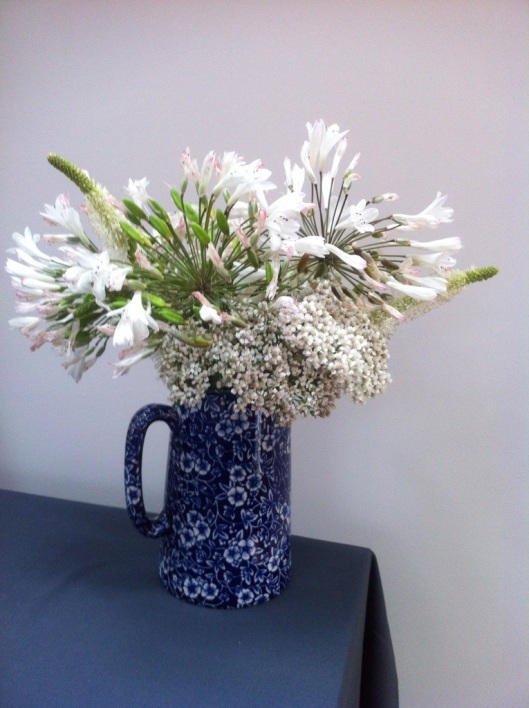 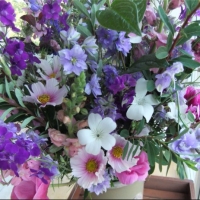 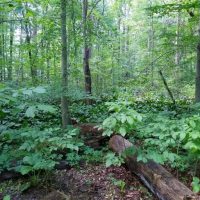 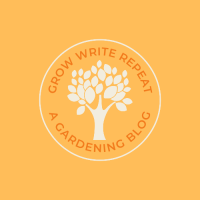